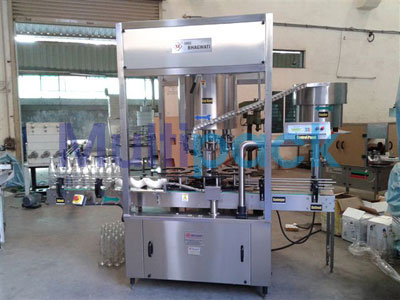 Require manually feeding & unloading container, where the body and the neck of the container are positioned below the rotating head, and sealing head is performing perfect operation of capping with uniform torque.

What is a ROPP Cap?

ROPP cap is a type of bottle closure & its full form is Roll on Pilfer Proof. It is kind of Metal cap generally made using fine grade of aluminium as aluminium imparts the benefit of ductility. The ROPP cap begins as a smooth skirted sleeve made of a soft material that is then shaped around the neck of the bottle with the rollers on the ROPP capping machine so that the cap fits into the threads and ridges molded on the surface of the bottle neck. A perforated portion at the bottom provides a tamper-proof seal. ROPP Caps are widely used in a type of industries like pharmaceutical, distilleries, wine and beverage etc. 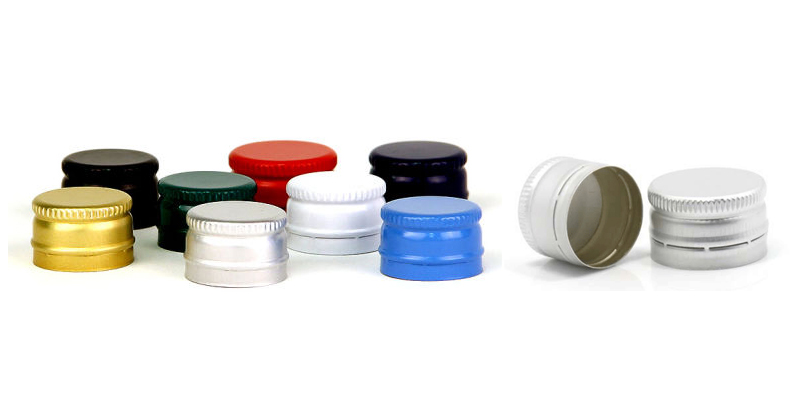 What is a ROPP Capper?

The simple answer is roll on pilfer proof closure. Simply put it is an unthreaded aluminum shell that is placed on and pressed down onto the bottle neck while thread forming wheels spin around the shell and press against it to conform to the existing threads of the bottle and locking ring. In many respects a ROPP capper resembles a chuck capper although since it is not torquing a cap there is no clutch mechanism required. ROPP capping machines are available as a single head to multiple head high speed rotary systems. The big advantage of a ROPP capper machine is that it is sealing the product at the same time it is providing tamper evident security. The big disadvantage is that it is expensive to run more than one size cap. The neck and threads of the bottle must also be hard enough to withstand the pressure required to form threads such as glass or hard plastic.

Roll-on-pilfer-proof (ROPP) caps are made from aluminium. Capping heads are available to suit a wide range of cap sizes and are usually made specific to each size of cap. Capping heads are interchangeable allowing you to run different sizes of cap with the same machine. Suitable for a wide range of cap and bottle sizes from 18mm diameter up to 38mm diameter. Typical bottle sizes of 50ml to 1000ml are handled as standard and bottles as small as 10ml can be handled by using pucks to hold the bottle during capping.

ROPP caps and capping machines are used to provide a tamper evident closure with an aluminum or plastic cap on rigid bottles with a threaded lip. Multipack is the packaging system company in China offering automatic ROPP capping machines, perfect for your food and beverage industry business so you can increase your production scale, efficiency and quality, regardless of where your company is located in the world.

Types of a ROPP Capper

Today in Industry, ROPP cappers are available in various configuration from semi automatic to multi head configuration in order to contest production requirement.

The series of multi head rotary ROPP capper contain various models like 2 head, 4 head, 6 head, 8 head & Particular Model can be selected according to output requirement. Output speed is from 100 containers per minute to 300 containers per minute. Automatic ROPP cappers can be integrated into existing packaging lines or stand alone as a packaging station in a production facility, using a power conveyor and an indexing system to provide higher speed capping.

Components of a ROPP Capper

The basic working of ROPP Capping machine is divided among the following assembly of machine.

Continuously fed from upstream machine to the in feed conveyor belt of ROPP capping machine and move further through in feed worm for correct spacing between two bottles and transferred to the in feed star wheel.

After sealing operation, ROPP sealing head moves upward with help of cam and bottle move with exit star wheel and Move further on conveyor belt for next operation.

There is a requirement (within the food packaging industry) for a greater analytical knowledge and more scientific understanding of the ROPP capping process and of the interaction of caps (closures) with the threaded part of the glass container (finish).

Threads used within the industry have largely developed empirically from metal thread profiles. An improved understanding is needed so that problems associated with that process can be better understood and solved. Such problems can be manifest in damaged closures, ‘spinners’ and closures that are just too difficult to open. The term ‘spinners’ is used for closures that do not break the pilfer band (a tamper evident safety feature) when twisted. The same term is also used to describe closures that have been turned the wrong way (i.e. clockwise) on opening, stripping the thread whilst not breaking the pilfer band. To combat this problem it is desirable to produce a closure system that has a high torque when twisted in the wrong direction (known as the over torque) whilst maintaining good seal integrity and a low torque for correct opening procedure.

The capping process for ROPP closures is a high-speed event. A typical production line will have a capping-head lowered automatically over a bottle and closure applying a pressure that creates a seal between glass and liner material. As the capping-head rotates, a spring pivot system causes the rollers to move inwards. The rollers engage with the closure and finish and start to form the ROPP thread profile using the glass profile as a mandrill. The capping-head is calibrated to provide a load on the closure of 120N. On a typical high-speed production line 300 to 400 bottles are capped every minute.

ROPP capper is a sealing machine specially designed for aluminum roll on pilfer proof caps. ROPP (Roll on Pilfer Proof) cappers are available from Multipack in both automatic and semi-automatic models. The ROPP capping head includes threading knives manufactured for the individual needs of the customer container. If you are looking for ROPP capping machine, please contact us, we will provide you with the best equipment to meet your requirements. 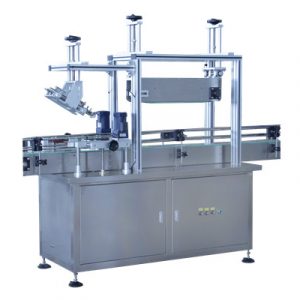 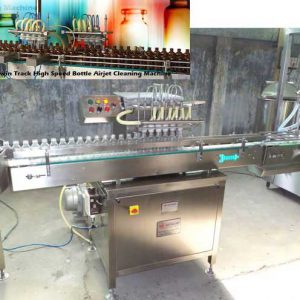 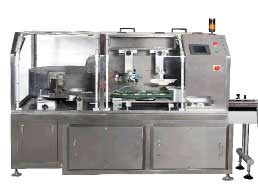 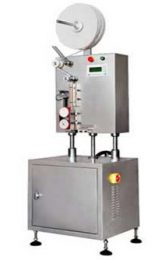 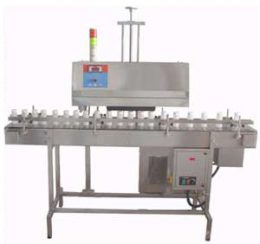